The Alabama Theater opened in the Montrose neighborhood of Houston in November of 1939. It was designed in the Art Deco – Streamline Moderne style and could seat more than 700 people. The Alabama became a neighborhood icon and showed movies for more than 40 years before closing their doors in 1983. Luckily, a tenant immediately stepped up with an eye for transforming the space into a book store while preserving the exterior and interior character of the theater, including the neon pylon sign, the marquee, the balcony, the terrazzo entrance, the auditorium murals, and the sloping floors of the theater.

A Bookstop store opened in the space in 1984. Some sources say it became the retailer’s most profitable location because the space had character and offered a unique shopping experience that you couldn’t get anywhere else. I can speak from experience that shopping in this space felt special, it felt like you were stepping back in time. The low lighting and close book shelves made it feel like you were in a library and must whisper not to disturb the other patrons. Now compare this to how you feel in a bright and spacious Barnes & Noble… Unfortunately, Bookstop was purchased by Barnes & Noble and the Alabama Theater location was closed as soon as a new “modern” Barnes & Noble opened up down the street in 2009. 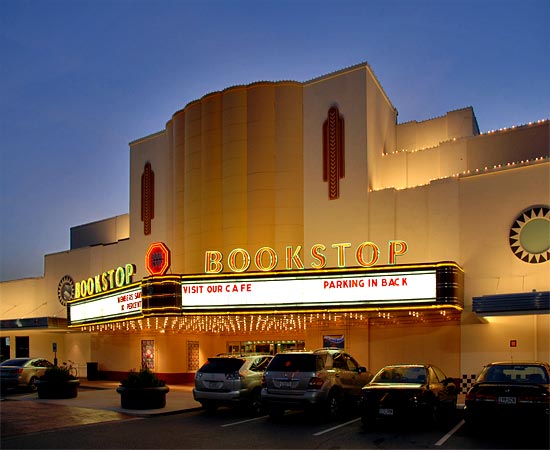 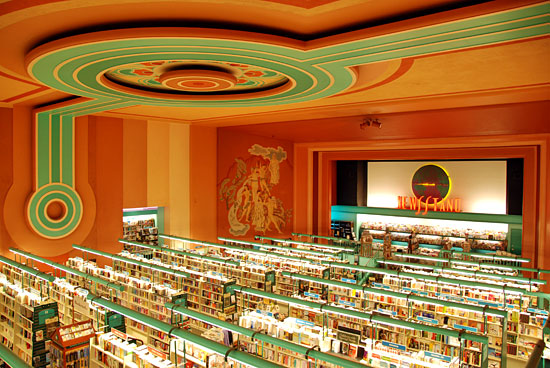 For three years the future of the Alabama Theater was uncertain. Although the Alabama Theater and Shopping Center had been designated a historic landmark by the Houston Archaeological and Historical Commission (HAHC) in 2007, if the owner couldn’t find a profitable re-use scenario, they could have gone to the HAHC and tried to argue unreasonable economic hardship or unusual and compelling circumstances to get a Certificate of Appropriateness to demolish the structure. Luckily it didn’t come to that. Trader Joe’s, the national specialty food store, showed interest in the property, and working with the developer was able to convert the space to a popular grocery store while preserving the iconic exterior and some elements of the theater’s interior. Although the detailed murals, the sloping floors, and the screen walls were lost in renovations; you can still see the original terrazzo in the entrance, the balcony, and the ceiling medallions. 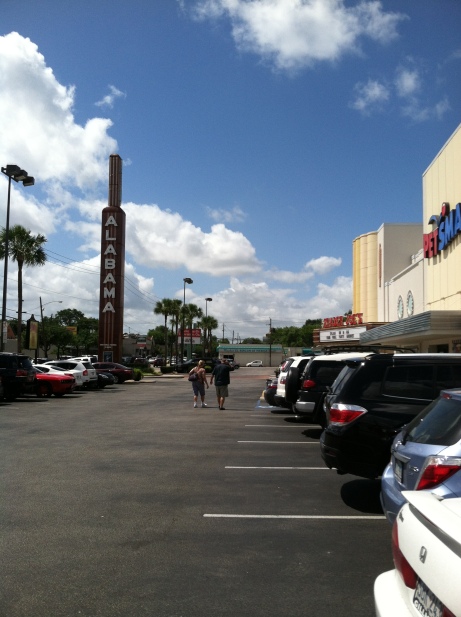 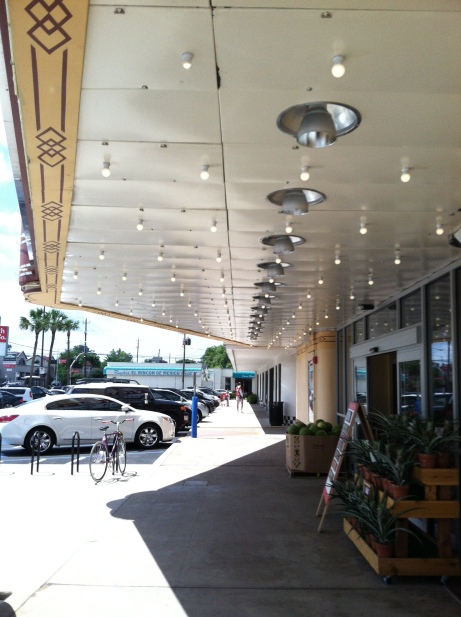 The main entrance is still under the marquee. 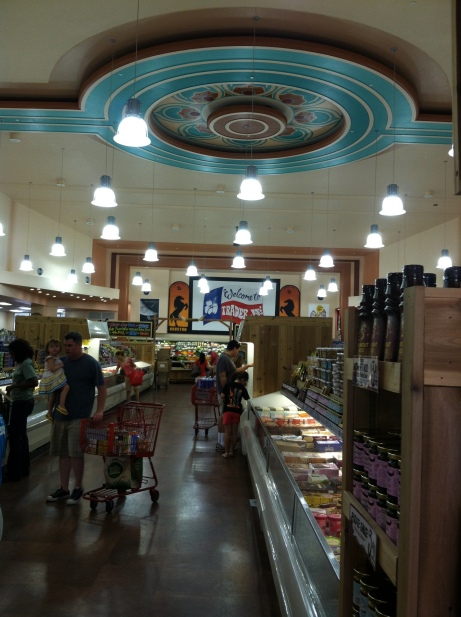 A Trader Joes-style Texas flag now fills the space where the screen would have been. The renovations kept the intricate ceiling medallions and color theme. 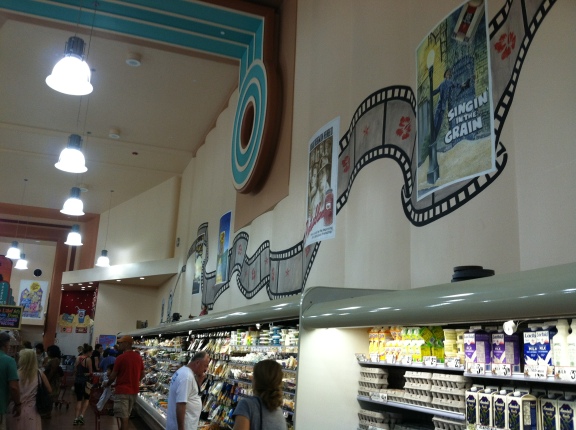 If you look closely you will notice that the movie posters are actually food-themed versions of the originals. 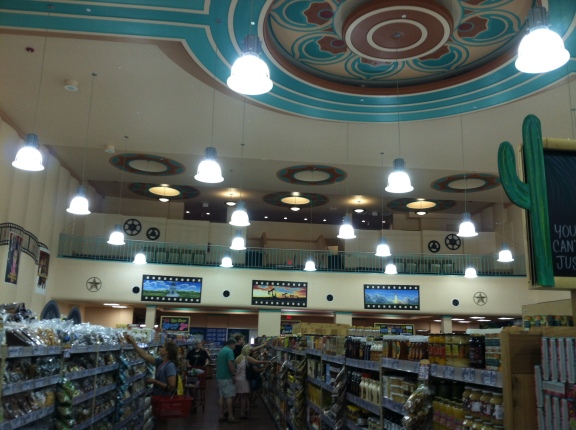 A section of the original balcony overlooks the entire store. 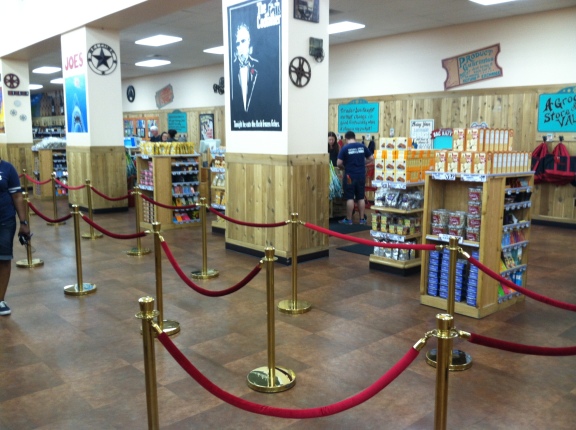 This is an interesting story of the conflicts that arise between historic preservation and adaptive reuse. The HAHC is not authorized to regulate interior changes to historical structures unless they impact the exterior appearance of the structure, and other regulations such as the American Disabilities Act, building codes, fire codes, etc. require alteration of other aspects of a structure. Overall, I think the neighborhood is lucky to have a Trader Joe’s take over this space with a clear respect for the structure’s history, but perhaps the biggest thanks should go to the people and designers who saw The Alabama’s potential in 1983 and preserved so many elements of the structure before historic designation was even in place.

One thought on “On Location: Houston’s Alabama Theater”